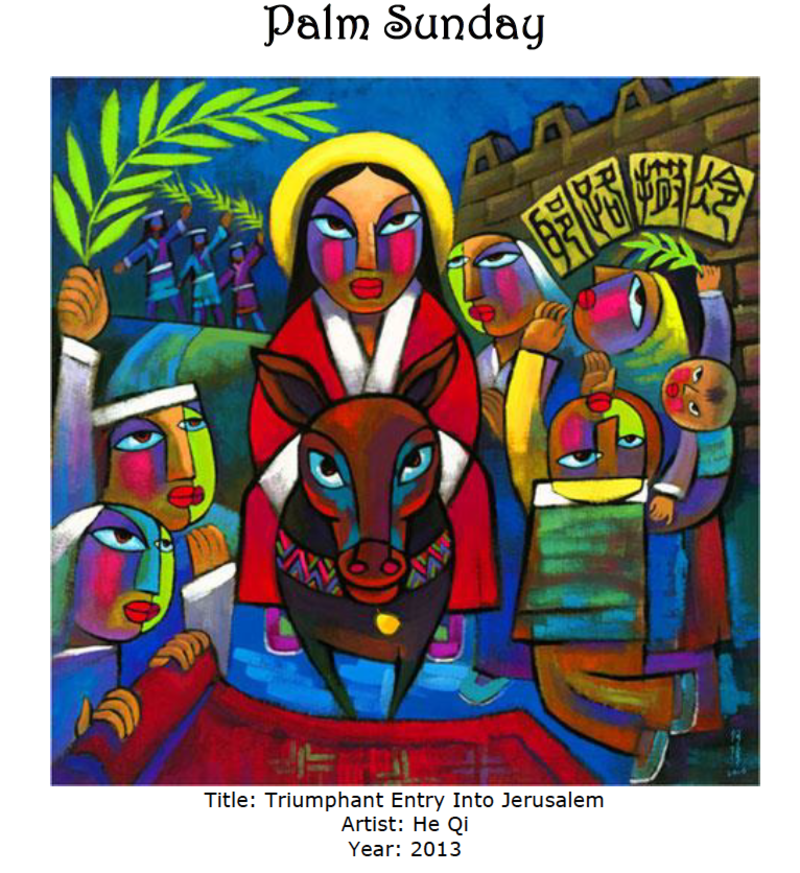 Sunday morning the Chamber Choir shared their ministry of song, accompanied by Garrett and directed by Brent. Brent's prelude was Fanfare for an Occasion (David L. Wood) and its exuberant sounds set the mood for the Palm Sunday Service. The Sacred Service team handed out Palm Crosses to each of us as we entered and early in the liturgy, the crosses were blessed as we waved them.

Dianne Trew read the scripture selections from Psalm 118 and Luke 19:28-40 (Jesus Comes to Jerusalem as King). The worship folder's cover displayed the picture of Jesus riding on the donkey -- a theme which Amy developed in her reflection. The picture was the work of He Qi (2013) entitled Triumphant Entry Into Jerusalem.

Honour belongs to those who never forsake the truth even when things seem dark and grim, who try over and over again, who are never discouraged by insults, humiliation and even defeat.