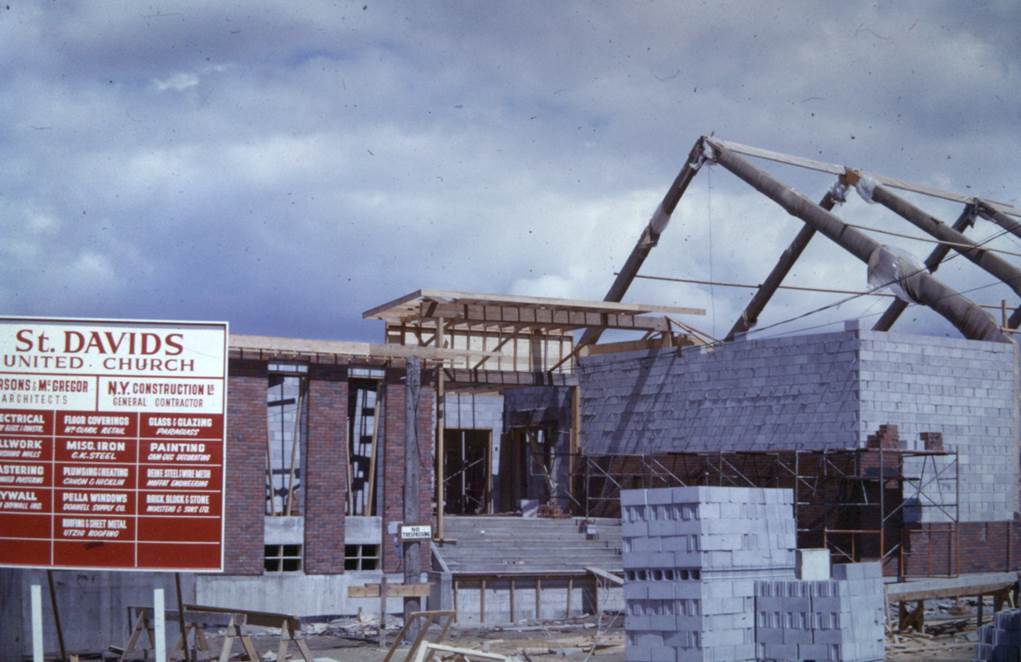 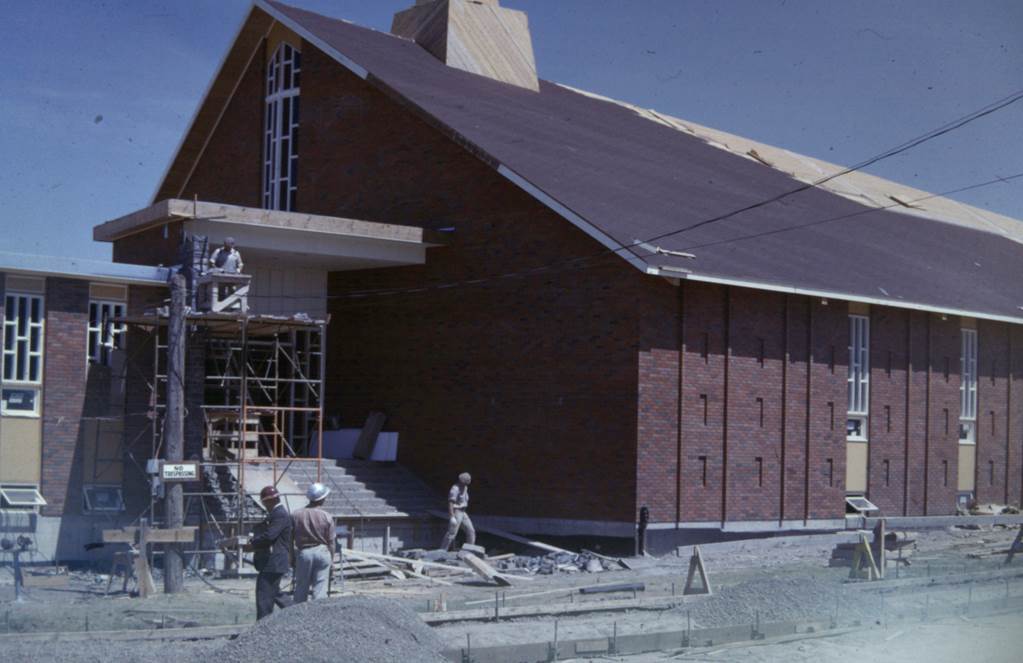 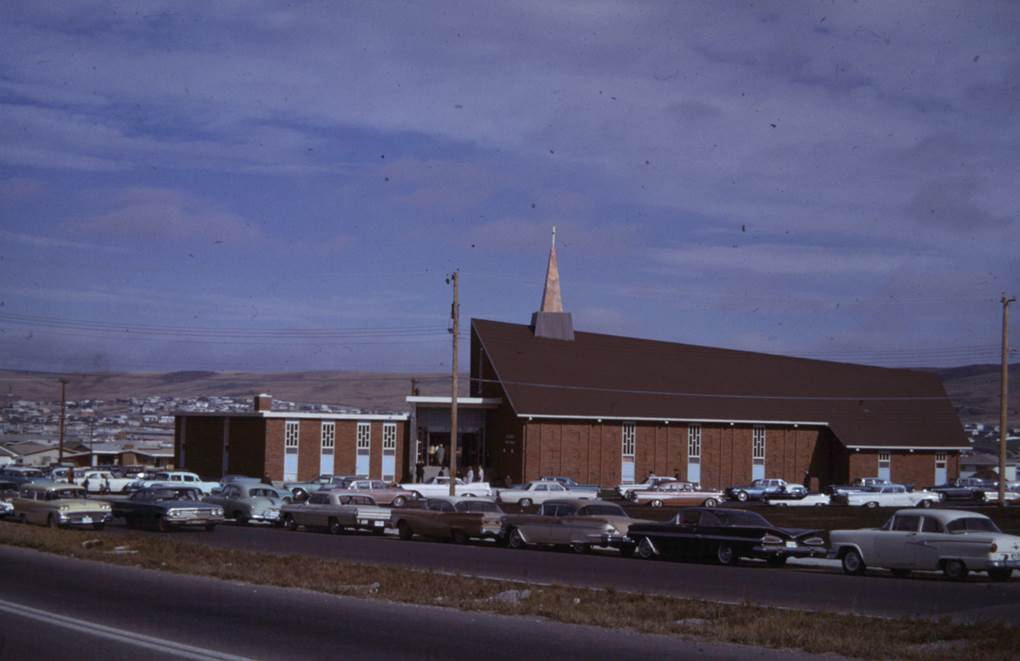 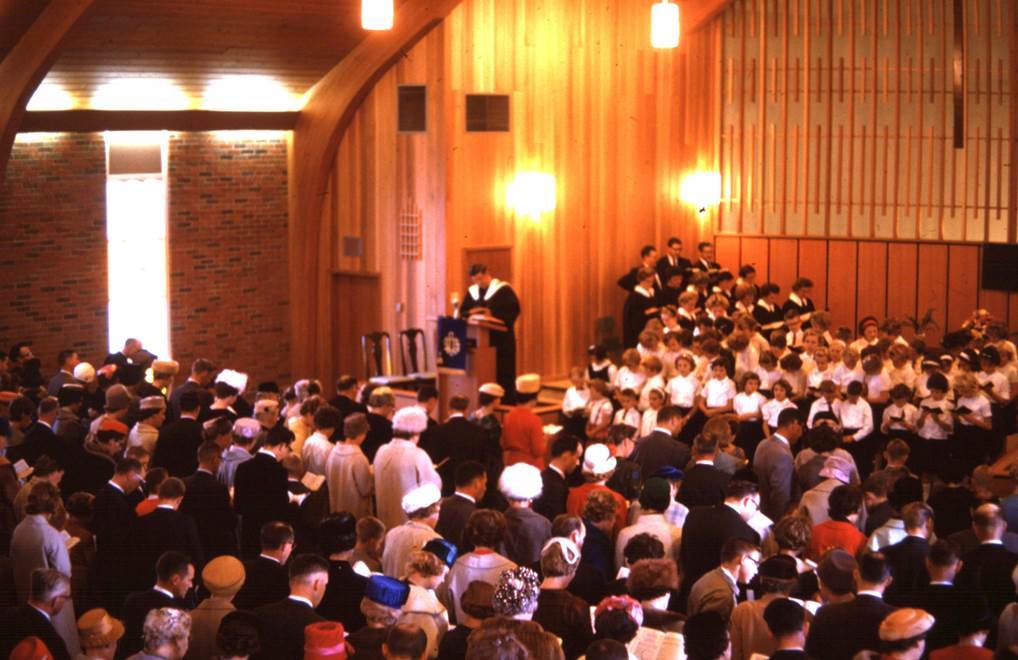 St. David’s United Church, facing the bustle of Crowchild Trail, the University of Calgary, and the rushing C-Train, celebrated its 60th birthday in 2019.

St. David’s original charter in 1959 was to provide church facilities for the existing communities of Brentwood, Charleswood, Capitol Hill & Collingwood.

A congregation of 65 met on September 13, 1959 in William Aberhart High School with Rev. Ernest Davidge conducting the services. On Charter Sunday, March 13, 1960, 129 members joined the church by profession of faith and transfer of membership. In May 1961, Mr. & Mrs. Jack James divided acreage on their site and from it donated 1.5 acres of land for the use of a proposed church.

The Church moved into the new building on Sept. 29, 1963. St. David’s was the name chosen by this early congregation. On Oct. 6, 1963 the church was dedicated “To the Glory of God” by Rt. Rev. J.E. Muchmor, the Moderator of the United Church.

St. David’s continued to expand as a community church and in 1980 extensive renovations were required. A 4000 square foot addition to the original structure provided for a new lobby, an outer office and the McDougall & Tatanga Mani rooms as well as additional kitchen facilities. A magnificent Keates Geissler Pipe Organ was installed in 1987 with some of the pipes dating back to the 1890’s, 2 manuals, 31 stops and 26 ranks of pipes. In 1988 seating in the Sanctuary was replaced with 500 chairs purchased with individual donations and memorial gifts. In 1992 renovations to the Sanctuary included raising and deepening the chancel area, circulating roof fans for ventilation, sky lights in the choir loft and movable pulpits, font, communion table and choir chairs allowing for many other uses of the chancel area. Members and adherents come mainly from a large area of the Northwest.

St. David’s has continued to renovate to increase the warmth and welcoming feel of the building. In 2010 St. David’s celebrated its 50th Anniversary. To mark this occasion beautiful stained glass doors replaced the doors leading into the sanctuary. The back of the sanctuary was also renovated and a variety of storage cupboards were built to house such items as banners. A new picture was created in the foyer along with additional lighting. We continue to endeavour to seek ways to green the building.