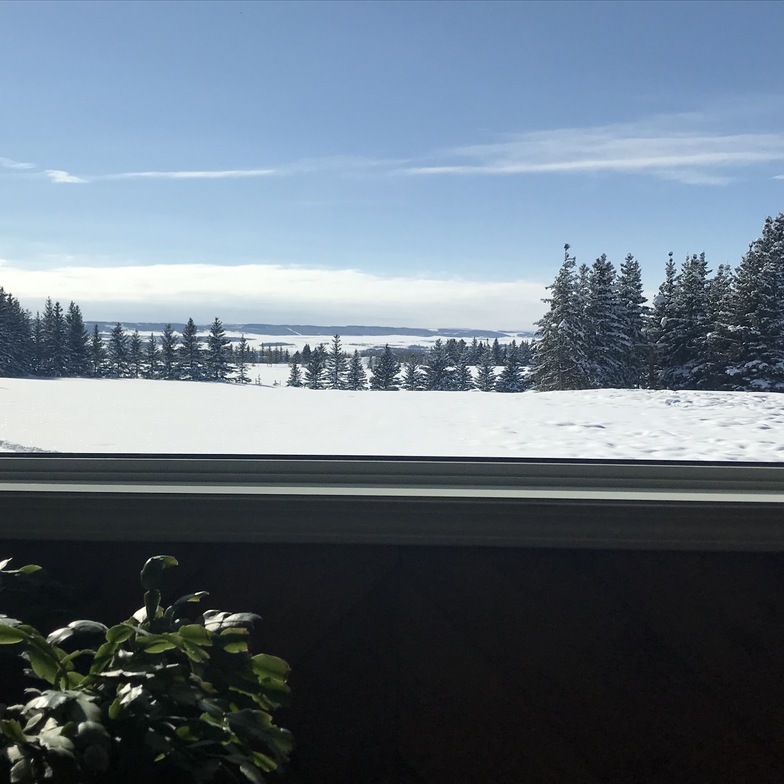 i am waiting for our 7:00 p.m. supper after yet another exciting ride in our “chicken” bus into the hinterland of Guatemala where we installed two more (total of 12 so far) stoves. We start by laying a solid foundation of concrete blocks over which we add about 12 more components- made of clay, concrete, iron, tin and steel. It takes a team of five or six with three volunteers, a translator, a guide and a master builder. Each morning we leave behind our administrators- Canadian Jan Townsend from Canmore and Rebekka from Guatemala, both from the Hearts and Hands organization. They spend their day meeting with officials and making plans for the next set of stove building sessions. This time we had 50 stoves to assemble- only two left and we are pretty tired, to say the least. We have participated in an amazing program that makes an immense difference in the lives of the people. They now have vented stoves that use far less firewood and they have opened their homes and hearts to these volunteers from CALGARY. We have pictures, stories and memories to share when we return on April 4.

The Chameleon Drama Group keeps the sanctuary hopping on Saturday night as they rehearse their play, "The Corsican Twins," which will be presented after service on April 15, 2018. This coming weekend, they will practise on Friday and Saturday nights.

Meanwhile, your webmaster, (that would be Brenda Wallace) will be heading to Guatemala on March 21, 2018, returning April 6. I will be in good company. Our leader is Jan Townsend, a former member of SDUC now living in Canmore, and the St. Davidians heading south with her are Wendy Day, Ruth Cross (and daughter Christina from BC), Heather and Bill Chubb Way and Brenda Wallace along with two others. We will be donning our "Hearts and Hands" t-shirts, flying to Houston or Mexico City and onto Guatemala City, arriving at midnight. We will be installing stoves in the northern part of Guatemala for week one then joining in the Easter celebrations in Antigua for week two. There will be lots of stories to share.

I have attempted to update the webpage every Monday and/or Tuesday since my start with SDUC.ca in June of 2016, however I may not be able to do so for the next two weeks. I will be back on task April 7.

The picture used for March News was taken through the window at Mt. St. Francis during our annual Lenten Retreat on March 4 after service. Our Spiritual leader was Susan Campbell, Director of Mt. St. Francis. The day was glorious, the snow daunting. The drive approaching and departing from the Retreat Centre was well maintained but definitely winter driving conditions and would you believe that the snow is rapidly departing as our temperatures finally rise above freezing during the day. This is a welcome relief - tonight I noticed that the roof of our church is black again and the icicles that have decorated the south side of the church have gone.

A highlight of the past week was the Evening Compline Service on Sunday evening which featured an organ recital by Doug Spreeman from Holy Cross Anglican Parish. Rev. Kelley led the service which was very well attended, the Angel Voices sang and Becca Way was the Cantor. This is the final service of Evening Compline for the season and will commence again this coming fall.

MARCH: In like a lion, out like a lamb, right?? We have had a record amount of snowfall for the month of March and that was before Sunday. Wow! The icicles on the south side of St. David's are amazing and have forced the temporary closure of the ramp until melting takes care of them. Chinook, Chinook, where are you?

The month is off to a fine start with ACTS (Adult Spiritual Development Ministry) lighting the "Value of the Month" candle honouring the value of "ADVENTURE." For lots of St. Davidians the past six weeks have offered "adventure" just getting to church. Friday night, the Friendship Club faced the odds for their March gathering as the snow just kept a' coming. They did have their very own micpac wifi set for their meeting, thanks to Tauran and her technical skill.

The March Sacred Service team headed up by Heather and Ray MacIntosh were at task Sunday morning, making sure that everything was under control and Rev. Kelley offered a Lenten reflection that asked us to consider the things that nourish and distract from our connection to God. As we move into the fourth week of Lent, we see the light of Easter and of spring time just beyond the horizon.

Jun 13
Creating Space for the Sacred